Cycle ergometers for use in rehabilitation. Main power supply. Resistance from 0 to 700W or up to 1400W. Electronic resistance system and easy access. 7 '' or 10.1 '' touch screen display. Also suitable for pediatric use, ...
Products: 4 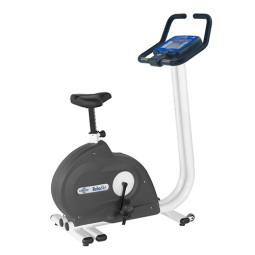 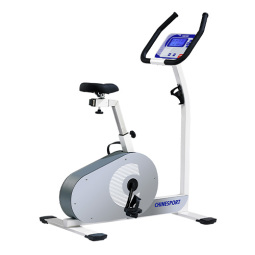 The MOTION line offers a range of professional ergometers. They meet high standards and is a certified line of cardio machines for rehabilitation activities.
Products: 1 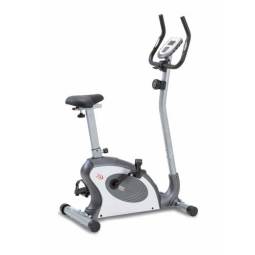 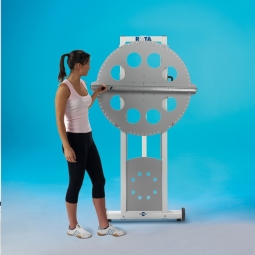 Each machine has several functions that allows for exercising more muscles groups with one single machine.
Products: 8 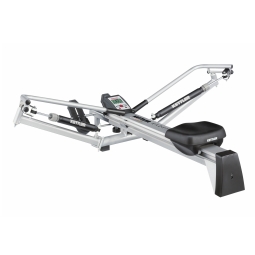 The rowing machines train all the main muscle groups through a special endurance training and improve the efficient of the cardiovascular system.
Products: 2

Weights with plastic coating, which allows a comfortable, warm and non-slip grip, perfect for medical gymnastics and rehabilitation.
Products: 20 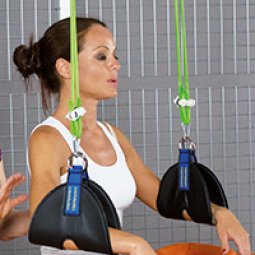 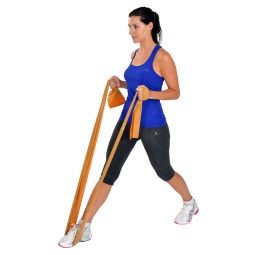 Using the bands for resistive exercises provides positive as well as negative forces on the muscles and improves the range of motion, the strength and the cooperation of the muscle groups.
Products: 11 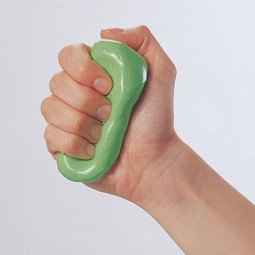 Various ergonomic accessories for active rehabilitation of the hand, wrist and fingers.
Products: 8

Exercises to be performed with ROTA

The exercises that can be performed are suitable for patients with shoulder and elbow stiffness, impingement syndrome, and in pre- and post-surgery treatment; most of them are active exercises, but also passive or self-passive mobilisations and proprioceptive exercises. The names of the exercises refer to well-known movements and gestures, for easy identification by patients.

The active exercises can be either active-assisted or resisted exercises, either general or selective.

The passive mobilisations are performed in a selective way and in one direction, following the principles of mild stretching (gradually assuming the stretch position, end of passive movement decided by the patient, holding the stretch position for a reasonable period of time, active return to rest position, repetition), to be associated with active control of the scapula; they can also be performed in a seated posture and are suited to the elderly; the mobilising force is supplied by the counterweight.

In self-passive mobilisation, the force to move the damaged limb is supplied by the controlateral limb; such mobilisations can be more vigorous and there are definite contraindications to performing them in some directions; as a rule, they should be included in a program for young people.

In the intended proprioceptive exercises, the patient’s only task is to recognize the actual position of the limb, which is slowly moved by the wheel; in order to carry out this task, the patient must become fully aware of his/her proprioceptive sensitivity. They are suited to achieve automatic muscle coordination of the humeral head stabilizers and also for motion recovery in conditions such as antalgic contracture, both post-traumatic and inflammatory. 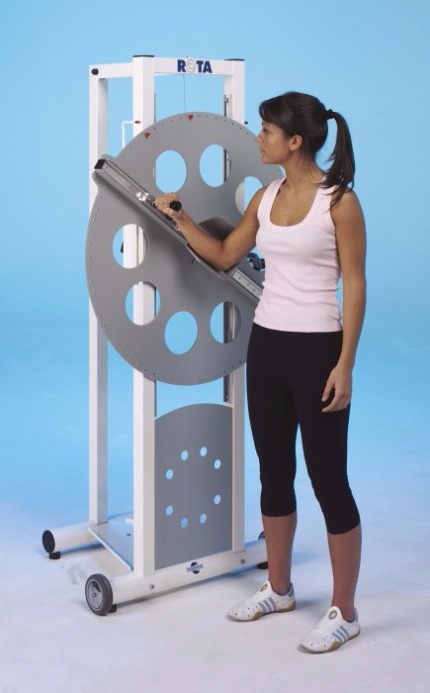 In the end, the use of “ROTA” is intended for cooperative and normally intelligent patients, as is the case of adult patients with fractures or impingement syndrome. Brain-damaged patients with central lesions such as the hemiplegics can benefit from using this new device, though with significant restrictions (strengthening is not recommended, passive mobilisation not easy, while proprioceptive exercises are useful). The manual mainly describes the logic behind the exercises; we will describe the most frequent lesions and proceed to describe the possible exercises and, finally, the practical use of the device.

Finally, the wheel allows monitoring range of motion (ROM) recovery by providing quick and reliable assessment, based on comparison between previous and following measures. Being able to check the degree of joint motion reached in each repetition, the patient will feel motivated, encouraged and engaged in exercise. 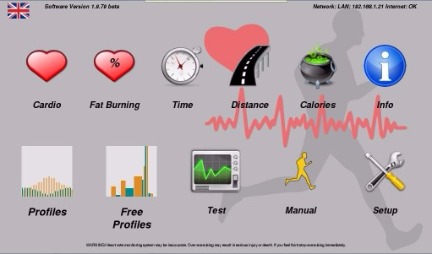 Our ergometer line has been designed to be used at health-care facilities and physiotherapy wards. They are powered by a main supply, and they have a console to set speed, tilt as well for displaying some features such as heartbeat, duration of the exercise and the distance covered. It is worth highlighting the manual function, which allows the carer to have freedom of setting the parameters mentioned before in order to customize the type of exercise. 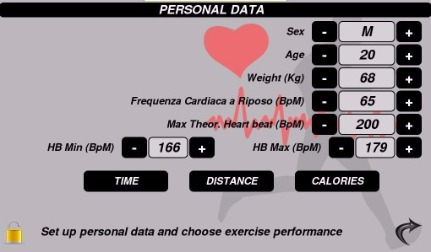 CARDIO / FAT BURNING
It is necessary to set beforehand all the patient’s data and the go on to set a kind of exercise in consideration of any of the following parameters, that is to say, time, distance, or calories. 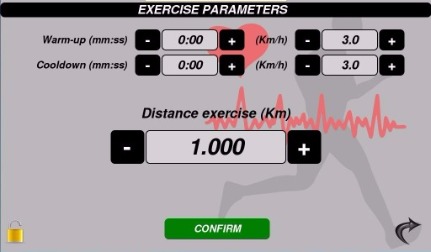 Once the patient’s data have been set and the main work parameter has been chosen it is possible to set the warm up and cool down periods. 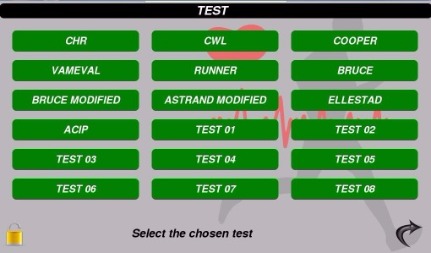 POSSIBLE TESTS
There are 10 types of tests for the patient already pre-set, and they are especially practicle for measuring different stress tests in accordance with the objective to be reached. For example, the CHR test (Constant Heart Rate) and the CWL test (Constant Work Level), which allow to carry out a type of exercise at a constant heart rate. Another test called RUNNER allows to carry out an exercise with an increasing load increasing the speed at 1 km/h per minute rate. The COOPER test allows to carry out an exercise to assess the maximum distance covered in 12 minutes. Furthermore, it is possible to set the test conditions manually by the carer. The additional test conditions are 8, and the procedure is the same as for registering a free profile. 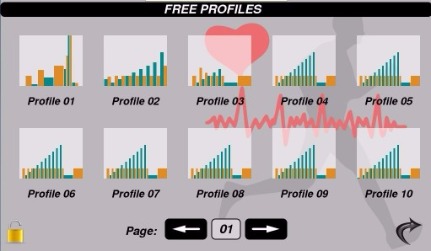 PROFILES
There are 10 basic profiles available directly from the main menu. Furthermore, it is possible to set and memorize some exercises in a customized manual mode for a group or for single patients, since there are 100 free profiles. The saved profiled can be called out by using the arrows forward and backward and by choosing it on the touch-screen display. 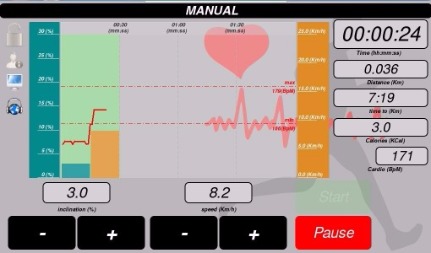 GRAPHICS WHILE WORKING OUT
All parameters are displayed while carrying out an exercise with the aid of a graphic representation which shows specifically speed and tilt with green and orange columns while the heartbeat is displayed with a red zig-zag line. Two other dotted lines show minimum and maximum rate of heart pulse set for the patient treated corresponding to his or her personal data.

The software is multilingual and the measure unit for the distance covered can be set either in miles or in kilometers.
Remote control from a pc or ECG is done via an RS 232 cable included. Upon request, a pc software for a control of the walk can be provided. 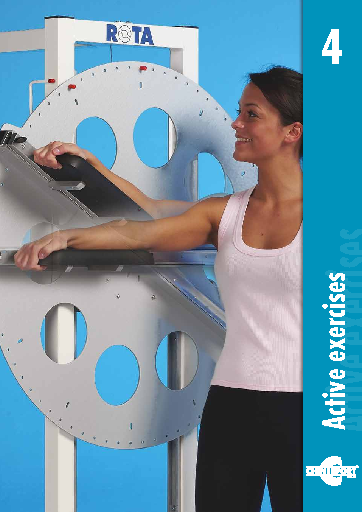 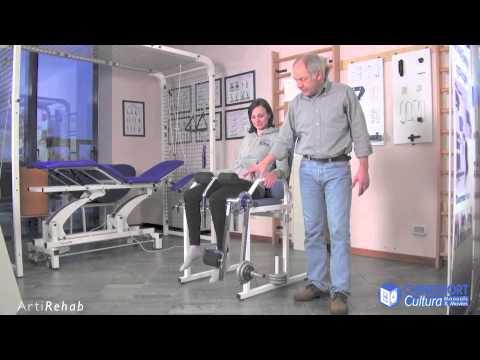 The arm cycling exercise with Rota

watch all videos by Active exercises

Made in Web Industry