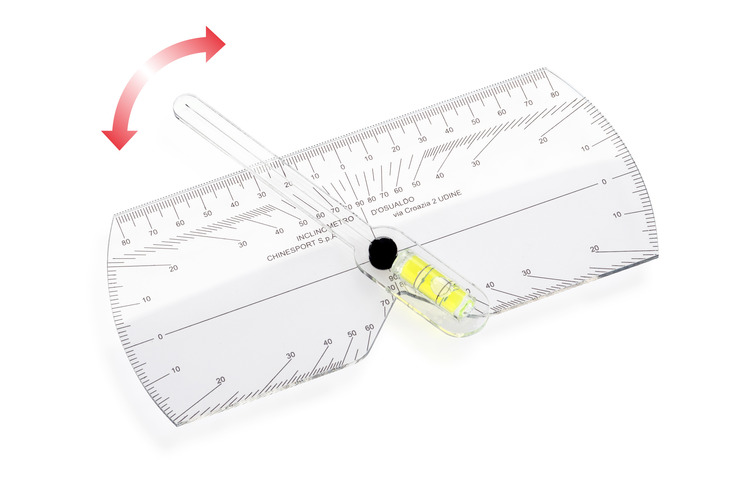 D’Osualdo’s inclinometer is an original instrument that brings together two important functions: measuring the hump in antero-flexion (also called ATR: trunk rotation angle) in the patient with scoliosis and the measurement of the Cobb angle on radiographs; in this case can be used both in frontal curves (scoliosis) and in the sagittal plane curves (kyphosis and lordosis).
The inclinometer is composed of an almost-rectangular plexiglas element, bearing a protractor scale, and in its center there is fixed one small rod free to rotate around the same center and bearing one bubble; the free end of the rod bears the reading index for the scale protractor; the longer side of the rectangle has an indentation to make it easier to apply on the patient, in case of protruding thorns.
Dimensions: 19 x 8.5 x 1 h cm; Weight: 0.6 kg.

In patient measurement - standard position with patient on extended knees, flexed trunk, arms abandoned in front, the tool is placed gently on the back, the rod comes then rotated until it is “leveled”; the degree of inclination can be read immediately or even, unlike other tools, removing the instrument from the back and keeping the rod between the thumb and forefinger, thus allowing an even more precise reading. Scrolling along the back, from the thoracic to the lumbar tract, you can identify the most rotated section (s) and record its level.
In radiographs measuring the edge of the instrument comes next to the edge of the vertebra upper limit of the curve, the rod is then rotated until it is “leveled”; the degree of inclination is read on the protractor scale; the operation is then repeated for the lower limit vertebra. Cobb’s angle is given by the sum of the angles of inclination of the two limit vertebrae. The inclinometer is also useful for the precise identification of the limit vertebrae, which are the most inclined. 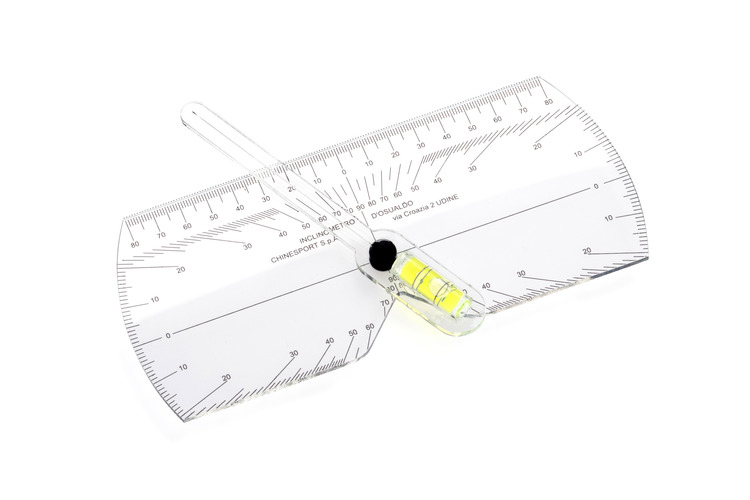 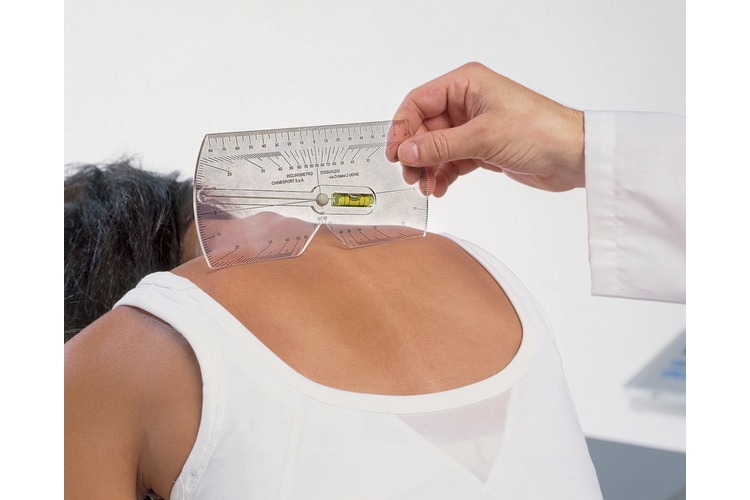 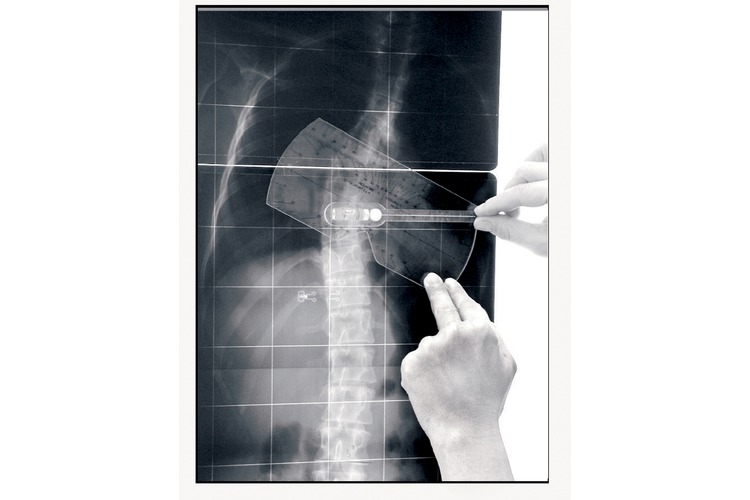 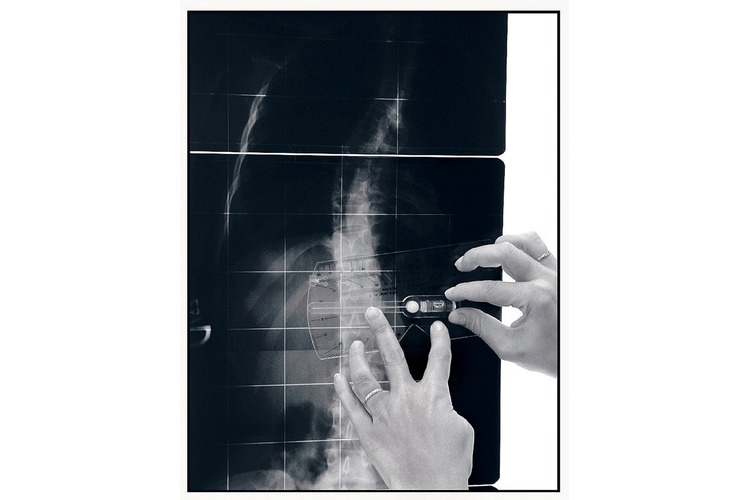 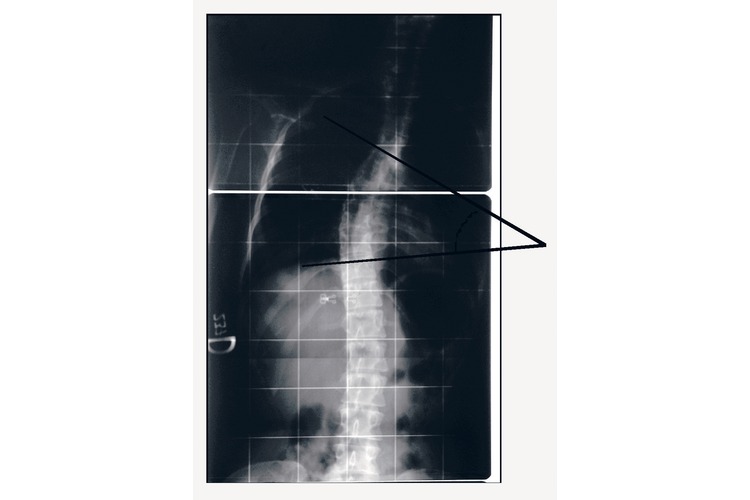 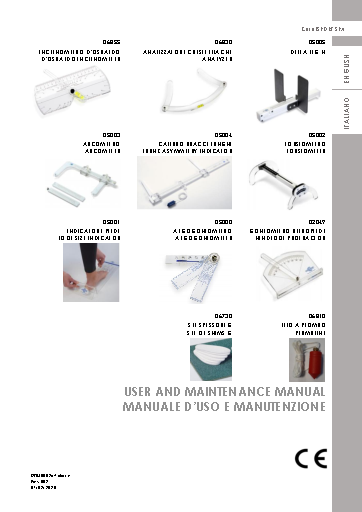 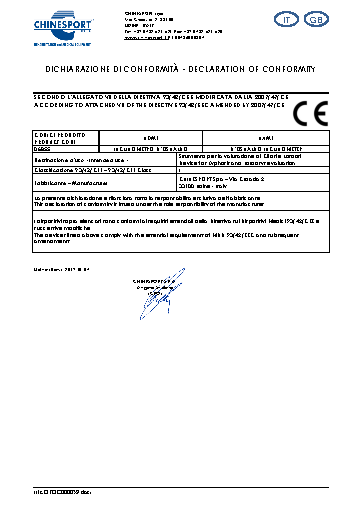